Helping a manufacturer modernize with APEX

Novatech has 15 factories across Canada, the United States, and France and employs over 1000 people.

The company undertook a modernization of its IT systems. This included upgrading its primary enterprise software, Oracle E-Business Suite (EBS), which was still running on a version dating back to the early 2000s. Novatech also wished to eliminate several opportunistic applications outside EBS that had cropped up over the years.

Novatech had also accumulated a series of ad-hoc “satellite applications” developed outside EBS, either because the system could not accommodate some business processes or because they were too difficult to incorporate. Although built in good faith by end-users trying to fix their business problems, these Excel and Access applications presented unnecessary risks:

Furthermore, Novatech’s IT department had become responsible for the upkeep and repair of these files. Therefore, it was time to get rid of them.

In addition, during the update of E-Business Suite, some of the personalizations developed in Oracle Forms were found to be no longer a good fit for the new version as they had been developed with a different data model.

In summary, Novatech needed to update EBS and migrate the data and functionality from Excel, Access, and the outdated Forms applications into the new E-Business Suite environment.

During Novatech’s update of EBS, its IT team cut their development time in half by replacing unsuitable Forms applications with Oracle APEX instead of rebuilding them from scratch for the new version of EBS.

There are still standard EBS Forms applications remaining in Novatech’s ecosystem, but these were purposely left intact as they function very well and require no personalization.

One of the required migrations was a collection of approximately three hundred customer price lists in Excel with different filters, generally updated every year. Thus, Novatech wanted to do away with manual updates and the risks of human error during the lists’ approvals and renewals. They wished to transfer the data to the Oracle database and access it through APEX applications from within E-Business Suite.

Novatech worked with Insum to build the required applications and convert the needed data to a new APEX environment. Insum also provided knowledge transfer to the Novatech team who were then able to further develop and maintain the system on their own.

Why APEX was chosen

The use of Oracle APEX to replace ad hoc and Oracle Forms applications and extending EBS has proven to be pivotal in addressing Novatech’s business needs.

Through its intuitive UI and interactive reporting tools, APEX has provided the company with better exposure to E-Business Suite data, enabling management to react more quickly to increase the efficiency of the production environment.

APEX has also helped spark an accelerated evolution of business processes. IT has noted a renewed enthusiasm among end-users for their applications, which has, in turn, generated more requests for other enhancements to the E-Business Suite system. As a result, the IT department is now prioritizing requests instead of using its energy to encourage users to adopt new features. Other projects with APEX are planned.

“The fact that Oracle fully supports APEX and its team is easily reachable and responsive when software issues arise has reinforced our confidence in APEX.”

–Mick Morin, Director of IT, Novatech.

Learn more about how we can use Oracle APEX to develop E-Business Suite extensions that are perfectly adapted to your needs!

Some of our other case studies James Avery Artisan Jeweler needed a POS application to efficiently connect their retail associates to its back-end EBS system for Buy Online, Pickup in store orders. Using APEX, Insum created an application that simplified the transaction and helped staff stay out front with their customers. 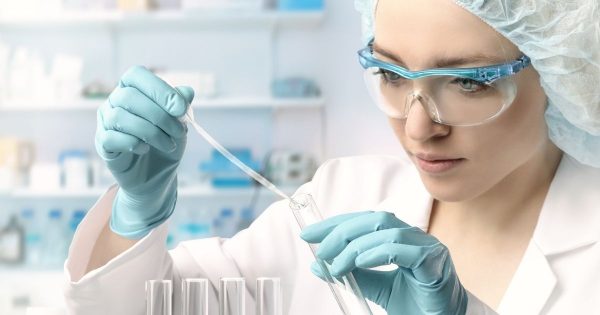 Moving an Airline to the Cloud

The on-site servers hosting an airline’s mission-critical application quickly needed replacement. The cloud proved to be the way to go.